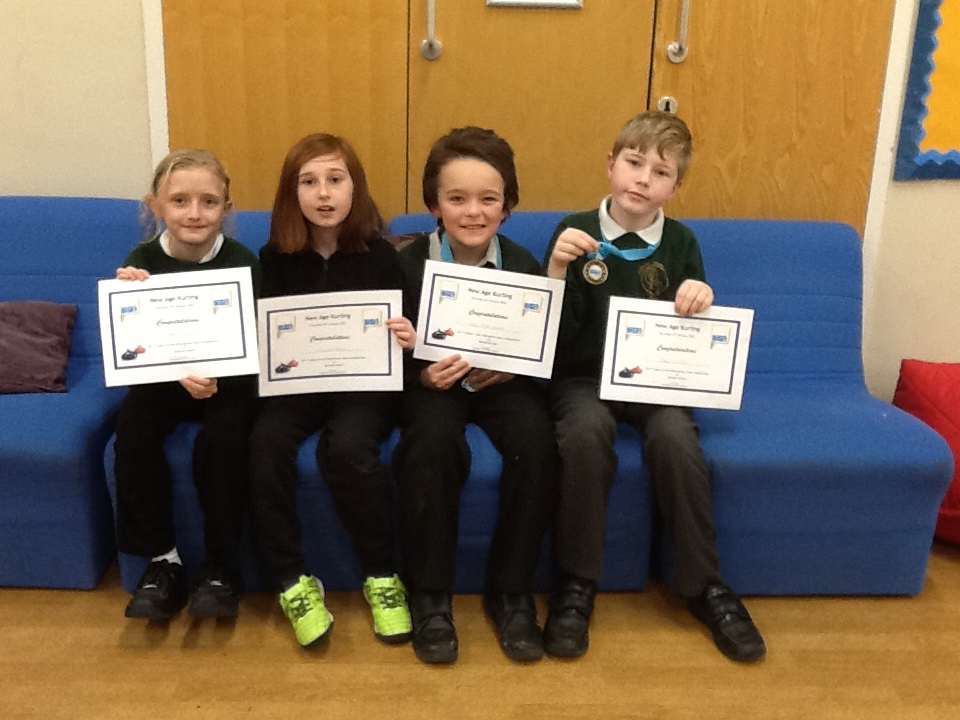 Four pupils from Highwood took part in the New age Curling School Games competition on 23rd January. After qualifying as runners up in their group, the team beat their opposition in the semi finals and then in the finals to win the tournament. Each of the players received a gold medal and will now represent Wokingham in the county finals.